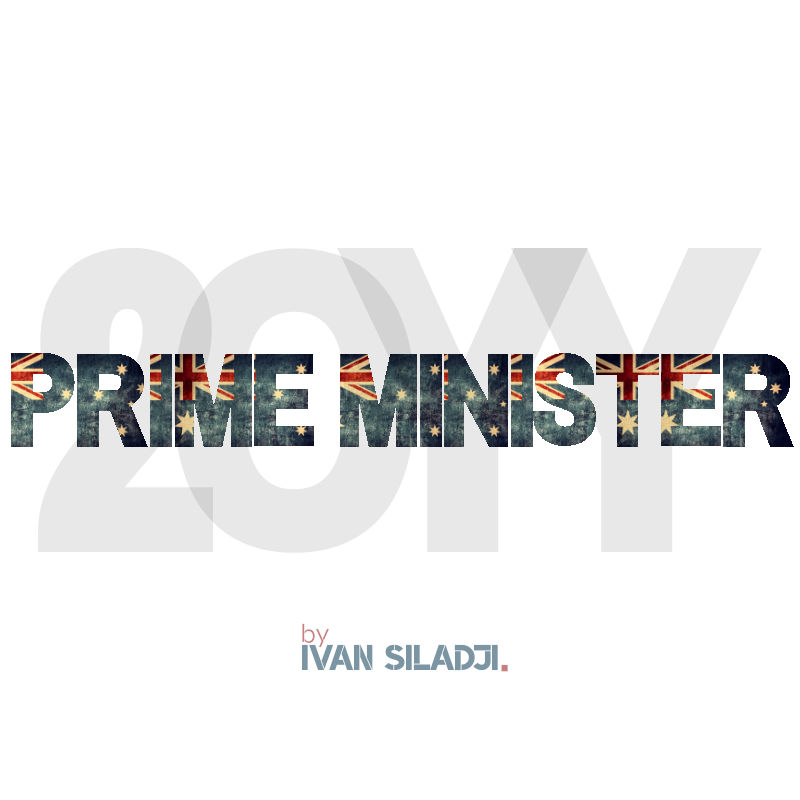 Running for Prime Minister 20YY is tongue in cheek series where I unveil what I’d do while holding down the country’s top job if elected sometime in 20YY. You can follow along with the rest of the series here.

Let’s just say, hypothetically, using our imaginations of course, that I was in a position as Prime Minister of Australia to decide on what to spend $150,000,000 of Australian tax payers hard earned money.

I’m sure the Prime Minister wouldn’t find themselves in such a position now would they? But let’s pretend for just a second.

Over lunch today I had the privilege of speaking to a hard working single Mum from rural country. Spending a few minutes listening to her story I was baffled by the negelected struggles of real Australian’s in outback towns. Most Australian’s can appreciate that our country, as glorious as it is, faces some extreme summers. Other parts of the country, all year round, barely see a drop of rain, particularly of late. Some such places are now facing critically low levels of water reserves in their dams, placing towns like Dubbo, NSW in grave risk of running out of water by as early as November 2019.

Figures show, to the credit of the NSW Government, they have invested some $130,000,000 into bores and various other pipelines in an attempt to ease pressure on rural towns. I beg to argue, is it enough though considering our spending in other areas? Going by observation, infrastructure planning, for the long term, is historically less than adequate in Australia. The intent is there– new roads, new schools, new hospitals; but they don’t adequately take into account the dynamics involved in growing communities and changing climates. Roads built with one lane when urban growth shows three lanes are needed, often leaving tax payers to yet again fork out the bill for unnecessary upgrades only a few years later. It’s ineffective spending that, long term, contributes to budget deficits and lost opportunities for investment.

The same challenges apply in rural communities. Improved project management, tighter KPIs and an action oriented focus should be able to see water pipeline construction expedited. By utilising time effectively spent liaising with our global allies whom have themselves demonstrated the ability to navigate difficult engineering challenges, we can avoid having to re-invent the wheel. Learning from those before us will not only strengthen global relationships but will also serve to deploy expert knowledge locally to help us solve the problems practically.

I’d argue as a functional Government in 2019 we ought put our cards on the table, open doors with full transparency and share the plan, it’s timelines and outcomes along the way to demonstrate our commitment to the solution and show the country the progress we are making. Most importantly, we ought to involve the community to which we plan on serving. There’s little benefit to sitting in our own air-conditioned offices, having the audacity to plan for our people’s futures while we ask them to switch of their own air conditioners to save water. We ought to roll up our white sleeves, get out there and have a look, setup shop for a week in the country and be apart of the project and watch it unfold. It’s about getting back to basics, dedicating time to the people. Australian’s need to come first.

Forgive me for my lack of recollection of specific examples, but my intuition also tells me there are a number of critical health services to which the Government is responsible for the delivery of to meet the needs of the Australian people. The numbers are real and a simple conversation with regular Australian folk wont lie in demonstrating evidently that about one in every two Aussies will face a critical health scare of some sort in their life. These health scares are managed by key health services in Australia that are clearly lacking in that world class infrastructure that our global counterparts have the privledge of accessing. Key medical facilities and hospitals in short supply of knowledgeable staff, often underpaid, undervalued and overworked, struggling like many Australians to make ends meet leave little room for dedication to their jobs at hand. Public sector employees account for a large volume of the Australian workforce, many of whom themselves know how to solve problems but go unheard. It’s time we, as leaders of this great country, take part in listening to their proposals and get to implementing. This means giving them the resources they physically need to produce the outputs the Australian people need. This warrants tax spend.

A little research demonstrates that we support key health sectors in this country which are less than adequately equiped to reliably deliver the services to which they are designed. Key medical production hubs inappropriately partnered with vital scientific research groups make focusing on achieving business outputs for each party difficult and unnecessarily bogged down by red tape and bureaucracy. What we see is inneffective allocation of funds, going again back to the point of the ineffective spending that contributes to long term budget deficits, lost opportunities for investment and unnecessary over spending. The people that ultimately suffer? Those that rely on these key services– the Australian people.

$150,000,000 is a lot of money. For any country. The problem is that for far too long frivolous spending has skewed our perception of reality and we bend over to inflated quotes, picking suppliers of services based over-quoted tenders lacking in quality and innovation . How about we dip into the young and eager knowledge of our emerging generations that are proposing solutions to historic problems in less time and often deliverable through cheaper modes?

An economy needs to rely on a few basics. The first is its income. This needs to be put to work through reliable, long term, compounded investment. The fundamentals. Then we need to spend less than we earn. A real surpise, right? As one of the highest tax paying nations in the world, we aren’t short of money, we are just falling short in its allocation. Putting Australian’s first means paying Australian’s first, through quality infrastructure that gives Aussies something to be proud of. That way when they go to work each day they can do their jobs effectively and efficiently. That time and effort, then, by default, is reinvested back into the community. It’s a model built for success. It’s a long term approach but it’s one that will pay dividends. We are a young nation with a lot of room to grow, we just need to get on and stay on the right track instead of navigating internal politics and pandering to anything that doesn’t serve the Australian people first.

I heard a great quote once from the CEO of a former not-for-profit I used to work for– in order to be charitable we must first be profitable.