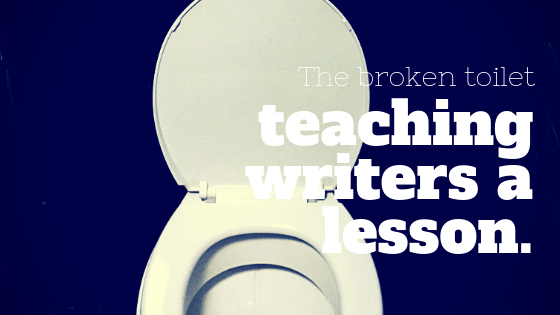 It’s probably one of the only times I’ve ever lied, and really stuck to my story.

Inspite of being questioned over and over, and the plausibility of my story being so far fetched, I still didn’t waver.

If I could make a guess, I’d say there were around 5 – 6 cubicals in that toilet, felt like an easy 8, but everything is grand in scale when you’re a kid in primary school. The windows were easy to open so you could, and would, jump through them and run behind the school. You could get away with alot back then.

It was lunch, Joe and I were probably hidding from friends in there before getting distracted by the ability to climb the walls, consider jumping through the window or throwing copious amounts of wet toilet paper at the roof. You know the kind of paper, the small squares that were so shinny you wondered how they even did the job. But when you wet a bunch of those suckers, they made life long new homes on a ceiling even Michelangelo himself would envy.

But that wasn’t enough for one day —

I was in cubical 2 and he was in cubical 3. We were short kids, atleast I was, so seeing over the dividers was hard, but not if you climbed up on the seat, or better yet, the cistern mounted graciously on the wall, like fine porcelain china, just waiting to be knocked over by a soccer ball.

After Joe peed on my shoe under the door, he decided to do what any smart kid would – climb the mountain of grace. You’d think the plumber that bolted the shiny cistern to the wall all those years before would have put in a little more effort, it didn’t even last a second before taking Joe down with it. And even more surprising? Just how much water those suckers could hold! I mean, as I explained, everything seems grand in size when you’re a kid, but that bathroom floor saw more water than the rains breaking a great Australian drought. It just didn’t seem to end. Atleast my shoe was clean again.

Lord knows which teacher came in to investigate a broken porcelain cistern in cubical 3 that day, a job worthy of gumboots and a raincoat, but I swear to you, I didn’t give up Joe, nor did we admit to breaking the toilet off the wall.

“It fell off all by itself while we were just standing there! I swear!”

Two things were sticking that day, the toilet paper on the roof, and us, to our story, so much so that we made it our truth.

Another thing that has been liberating about the creative process that is writing is the ability to have a place to write about what I want. It just so happens that a few of you out there seem to like it. I’m humbled.

I just hope a few more of you out there step up graciously too and start speaking your truth. The view from up here is great. And less soggy.

3 thoughts on “The broken toilet teaching writers a lesson.”